Meet Inspiring Speakers and Experts at our 1000+ Global Events inclusive of 300+ Conferences, 500+ Workshops and 200+ Symposiums Every year on Medical, Pharma, Engineering, Science, Technology and Business.

Theme: Research and Development in Liver Cirrhosis and Hepatitis

The main objective of the conference is to bring together leading academicians, scientists, researchers, graduate students and business delegates from the field of medical (Gastroenterologists, Hepatologists, Nephroligists, Pathologists, Virologists, Oncology) environmental specialist & pharmaceutical specialist and others from all over the world. Liver Cirrhosis 2019 is a two days conference organized by Organizing Committee Members where it starts with a keynote session followed by oral presentation and poster presentations and final ends with the certificate distribution.

The World Summit on Liver Cirrhosis and Hepatitis will be a brilliant platform for people around the world to discuss about the liver, liver-related diseases and hepatitis. Liver Cirrhosis 2019 is an excellent opportunity to talk and discover about the novel innovations and development in the treatment of liver ailments. The conference will also serve to bring academicians, doctors together with industry delegates, thus bridging the gap between the laboratory and the clinic. World renowned doctors, researchers and industrialists with new methodologies and research in the treatment of liver cirrhosis, hepatitis and other liver diseases will attend the conference. This International Liver Conference aims to bring together academicians, doctors, researchers and industry personnel to meet, discuss and share innovations, research and ideas on liver treatments for a greater development and  more effective treatments.

There is a higher genetic diversity in tumour cells which holds at the gene expression level. Through knowing the gene expression level we can regulate the hepatocellular carcinoma during hepatitis viral infection. Disease progression in HBV and HCV induced can influence by both environmental factors and genetic risk factors. Nucleic acid mediated gene therapy has been undergoing clinical trials which may result towards prevention of chronic liver diseases by regulating mechanism of different proteins expression using miRNA overexpression and miRNA functional silencing.

Medical doctors and basic scientists working in the field of hepatology and to contribute to the improvement of public health through a multidisciplinary approach by sharing advanced basic and clinical research results for various diseases of the liver and biliary tract. The journal present up-to-date coverage of basic and clinical researches on molecular and cell biology, pathophysiology, epidemiology, diagnosis, and treatment of the various diseases of the liver and biliary tract, with special attention to more common liver diseases of the Asian-Pacific region such as B viral hepatitis and hepatocellular carcinoma (HCC). Idiosyncratic drug-induced liver injury (DILI) is a rare adverse drug reaction and it can lead to jaundice, liver failure, or even death. Antimicrobials and herbal and dietary supplements are among the most common therapeutic classes to cause DILI in the Western world. Liver fibrosis is the excessive accumulation of extracellular matrix proteins including collagen that occurs in most types of chronic liver diseases.

Hepatic steatosis is an accumulation of fat in the liver. It is an augmentation of fat in the hepatic cells and can cause complications in cases of obesity, alcohol intoxication (due to an excessive consumption of alcohol) or hepatic disorders (like diabetes Type 2). NAFLD is usually seen in people who are overweight or obese. According to the WHO (World Health Organization), obesity is defined as an excess of weight by increasing the fat mass of an individual. If fat has been in the liver for a prolonged amount of time, the liver cells can become inflamed and the term NASH (Non Alcoholic Steato Hepatitis) is then used. NASH may progress, like many liver diseases, to cirrhosis and liver cancer.

Liver inflammation is a response that happens when liver cells are assaulted by a sickness bringing on microorganism or substance. The word hepatitis alludes to liver inflammation. Most types of hepatitis result from viral disease, despite the fact that now and again it is brought on by an immune system issue, in which the body's safe framework assaults liver cells since it can't differentiate between unsafe trespassers and solid liver tissue. Harm to the liver from liquor, toxins, and certain medications can likewise bring about inflammation. Liver Immunology implies the special connection between the liver and the immune system. Livers hose down immunity to such a degree, to the point that they can be transplanted without dismissal sometimes. Liver may be endured, as well as keep the dismissal of other organ unites from a similar benefactor, a procedure known as immune tolerance.

Hepato-cardiac disorders are defined as the liver disease affecting the heart or the heart disease affecting the liver or the condition affecting heart and liver at the same time. During the Differential diagnosis of liver injury or disease, in a cardiologist, clinical practice, ask for collaboration between the hepatologists and cardiologists. In patients with the advanced liver disease may show and various abnormalities like some diastolic and systolic dysfunctions, reduced cardiac performance. Cardiac evaluation in liver disease patients is important, after a liver transplantation may improve cardiac function or have a reversal effect. Systemic disease with effect liver and heart are congenital, inflammatory and metabolic and alcoholism. The Hepato-pulmonary disorder which causes low oxygen levels in your blood is associated due to the formation of microscopic intrapulmonary arteriovenous dilations occurring in patients with liver cirrhosis. The mechanism is obscure due to increased hepatic production or decreased hepatic clearance of vasodilators. Due to the overperfusion related to ventilation, causes vascular dilations especially in increased cardiac yield individuals with resulting from systemic vasodilation and people having low oxygen levels in the blood encounter shortness of breath, which can become more severe over time.

Liver cancer is the condition which occurs when normal cells in the liver become abnormal in appearance and destructive to the adjacent normal tissues, which can spread to other areas of liver or to the other organs outside of the liver. Cancer cells are characterized by the procurement of several capacities amid the stages of tumorigenesis, maintenance of proliferation signaling, induction of angiogenesis, activation of invasive resistance to cell death, inhibition of growth suppressors, and metastatic pathways, ability to evade immunological destruction and alteration of cellular metabolism. The clonogenic capacity of stem cells was evaluated by the stem cell colony formation assay.Liver cell carcinoma

Liver pathology is altered in HRS while kidney histology is normal. It is a trichrome stain (chicken wire appearance) cirrhosis of the liver, the most common cause of HRS. The diagnosis of hepatorenal syndrome is based on laboratory tests of individuals susceptible to the condition.

Hepatorenal syndrome (often abbreviated HRS) is a life-threatening medical condition that consists of rapid deterioration in kidney function in individuals with cirrhosis or fulminant liver failure. HRS is usually fatal unless a liver transplant is performed, although various treatments, such as dialysis, can prevent advancement of the condition.

HRS can affect individuals with cirrhosis, severe alcoholic hepatitis, or liver failure, and usually occurs when liver function deteriorates rapidly because of a sudden insult such as an infection, bleeding in the gastrointestinal tract, or overuse of diuretic medications.

Track 8:Hepatitis and its Types

Hepatitis is an inflammation of the liver. The condition can be self-limiting or can progress to fibrosis (scarring), cirrhosis or liver cancer. Hepatitis viruses are the most common cause of hepatitis in the world but other infections, toxic substances (e.g. alcohol, certain drugs), and autoimmune diseases can also cause hepatitis.

There are 5 main hepatitis viruses, referred to as types Hepatitis A (HAV), Hepatitis B (HBV), Hepatitis C (HCV), Hepatitis D (HDV) and Hepatitis E (HEV). These 5 types are of greatest concern because of the burden of illness and death they cause and the potential for outbreaks and epidemic spread. In particular, types B and C lead to chronic disease in hundreds of millions of people and, together, are the most common cause of liver cirrhosis and cancer.

A liver biopsy is a procedure in which a small needle is inserted into the liver to collect a tissue sample. This is performed as an office or outpatient procedure or during surgery. The tissue is then analyzed in a laboratory to help doctors diagnose a variety of diseases and disorders in the liver. In most instances, there are no complications in obtaining a liver biopsy. However, rarely internal bleeding may occur, as well as a leak of bile from the liver or gallbladder.

Cell therapy is an emerging approach being tested in this setting. Hepatocytes are the principal cells of the liver parenchyma and are responsible for maintaining liver function. They can originate from three sources.In a normal liver, hepatocytes themselves can proliferate to restore the functional liver mass, a mechanism that could be compromised in cirrhosis. Second, the liver contains liver progenitor cells that can also proliferate and differentiate into hepatocytes. However, in some circumstances, this differentiation does not occur.Finally, blood-derived stem cells can infiltrate the liver and become hepatocytes, although the participation of this process in liver regeneration is poorly understood.

Chronic liver diseases can lead to cirrhosis, characterised by fibrous septa dissecting the liver parenchyma, affecting both liver function (due to reduced functional mass) and normal intrahepatic venous pressure (due to increased stiffness). Antiviral treatment for hepatitis B or C virus infection, alcohol abstinence for alcohol-related liver disease, or weight loss strategies for metabolic non-alcoholic fatty liver disease, whereas other causes remain difficult to treat (like genetic disorders or autoimmune problems). Despite existing strategies, some patients still progress towards end-stage liver disease and its associated complications, including ascites, peritonitis, variceal bleeding, or hepatocellular carcinoma. No treatment is available to specifically target fibrosis and cirrhosis, and liver transplantation remains the only curative option. To avoid progression towards end-stage liver disease ultimately requiring a rescue transplantation—which is not devoid of disadvantages (donor organ shortage, challenging surgery, and lifelong immunosuppression)—many researchers are investigating strategies to restore liver functionality.

Liver diseases are mostly seen in grown-up, however a huge number of children from babies to teens experience from different types of liver diseases. The volume of the liver and the blood flow decreases with age, immune responses against pathogens or neoplastic cells are lower in the elderly reducing their tolerability to treatments for liver diseases. Liver regeneration capacity shows decline in age, reduced proliferation of hepatocytes, but the level of hepatic enzymes and high density lipoprotein cholesterol is well maintained. Pediatric hepatology focuses on the diagnosis and treatment of liver and liver related disease in children.

Hepatobiliary diseases are diseases that affect the biliary tract or the liver. Cholangiocarcinoma is usually a bile duct that presents a malignant tumor. Treating the disease requires removal and/or resection. Biliary strictures (both malignant and benign) – occur when the bile ducts become inflamed or injured. The ducts narrow and form a stricture. They are often caused by injury or cancer. Bile duct stones – are stones that occur within the bile duct, similar to a gallstone. They often start developing in the gallbladder and make their way into the bile duct. The hepatobiliary system is made up of the liver, gall bladder and bile ducts. Conditions or diseases that cause harm to these areas, which can be life threatening, are referred to as hepatobiliary diseases.

Caroli diseaseZ and Caroli syndrome are rare congenital disorders of the intrahepatic bile ducts. They are both characterized by dilatation of the intrahepatic biliary tree. The term Caroli disease is applied if the disease is limited to ectasia or segmental dilatation of the larger intrahepatic ducts. Biliary atresia is a rare disease of the liver and bile ducts that occurs in infants. Neonatal hemochromatosis is a syndrome in which severe liver disease of fetal or perinatal onset is associated with deposition of stainable iron in extrahepatic sites. Survival rates in babies who undergo liver transplantation is reportedly 50%.

To Collaborate Scientific Professionals around the World

All accepted abstracts will be published in respective Our International Journals.

Abstracts will be provided with Digital Object Identifier by 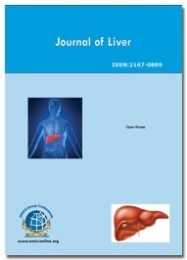 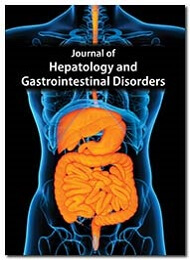 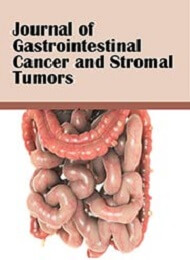